So its been a while since I've posted anything, but thats because I didn't do much. I guess it doesn't really matter since no one reads my blog anyways! =-p

I finished the Stergnuard Squad.
Squad Prometheus.
The members of Sternguard Veteran squad Prometheus have been hand selected by Sergeant Andromedus. Each member has been in the squad for over a century. They have all had extensive training with every weapon in the Space Marine arsenal, though they are highly specialized in all forms melta weaponry more so than any other. As Prometheus was a being of fire, they use the burning might of melta weaponry to take down their foes. 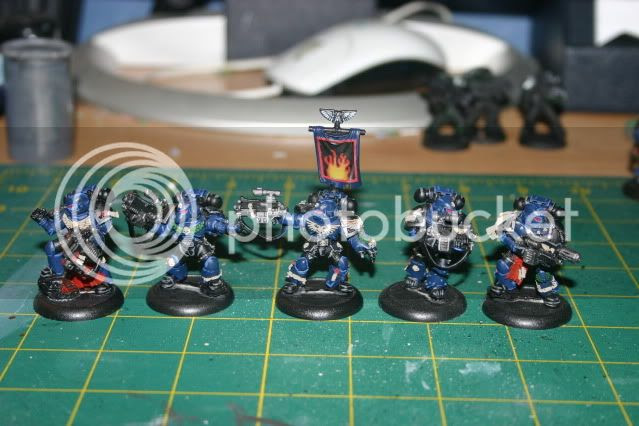 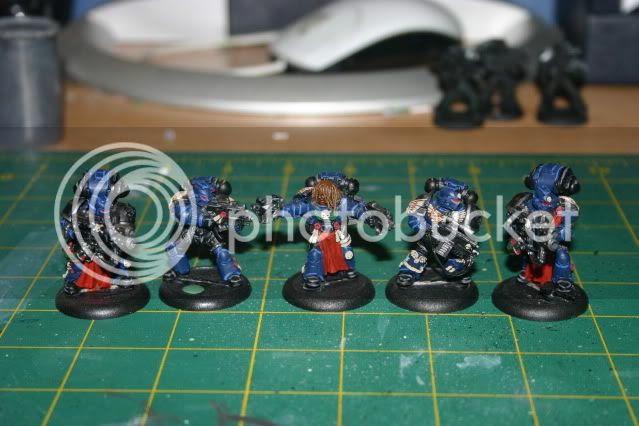 Ah...so I bought a full close combat terminator squad from Rictus last week, and they arrived. :D And the 5 sets of DA Shoulder pads as well. Though I must say..I kinda hate having a bit of OCD... 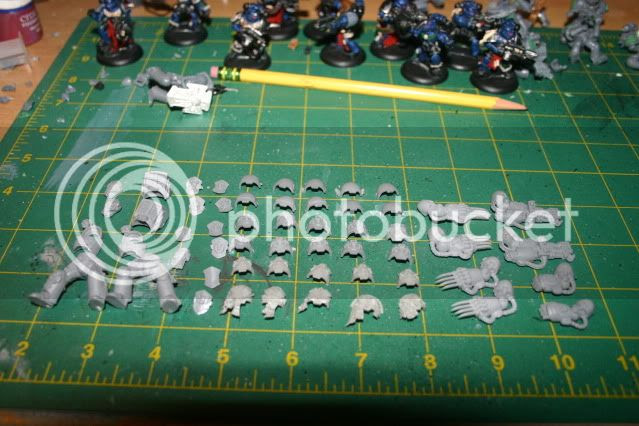 I asked my sister for a resin molding kit for Christmas, so if I'm lucky ;-D ;) But I won't mind if I don't get it. Its just resin. But, what I really want the resin for is to mold my BFG ship pieces, so I can start making those 'superships' I talked about... :D :D
I thought the nids would be next on the plate, as I needed something other than Black Fists to paint...but...I need white spray, and I need to be 18 to get it, or I need someone to get it for me...what a pain.
Whats next up for now I gather is my Command/Honor Guard. I don't know which they'll be yet, I have to finish that terminator guy to determine if hes cool enough to be Captain or Chapter Master. 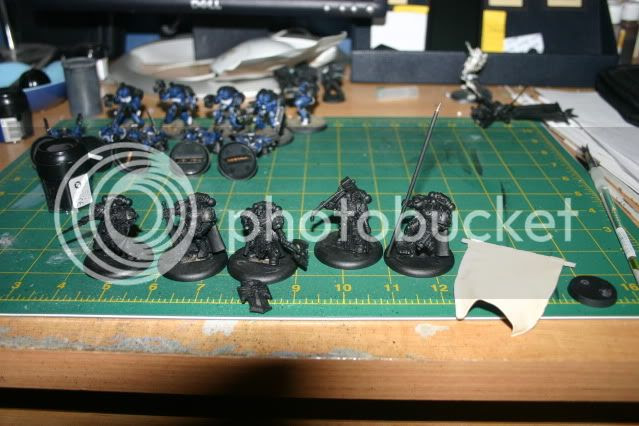 I started constructing the three winged warriors I will have in my army as well. Two will be upright, firing their guns, and one will be leaning forwards to make it look like its traveling with its gun at ease. 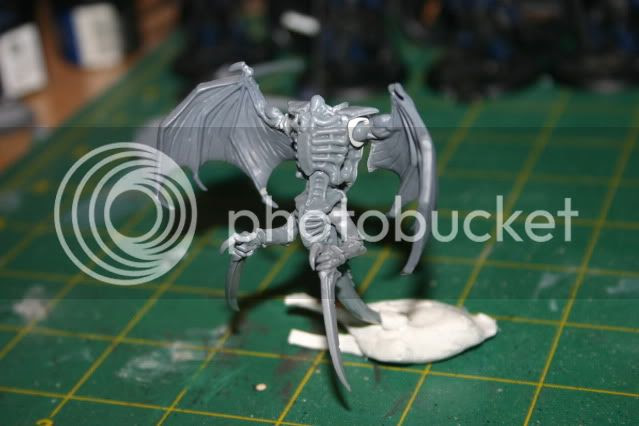 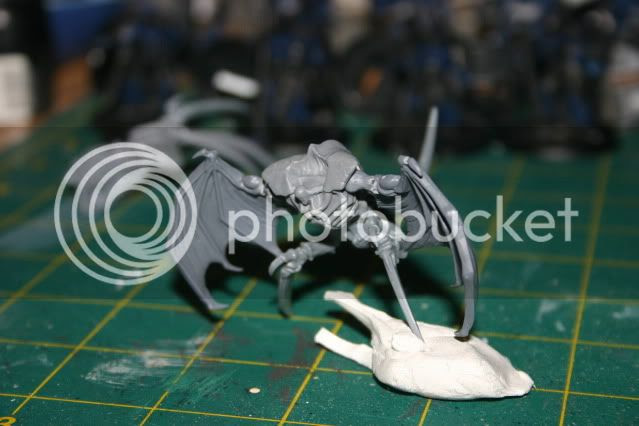 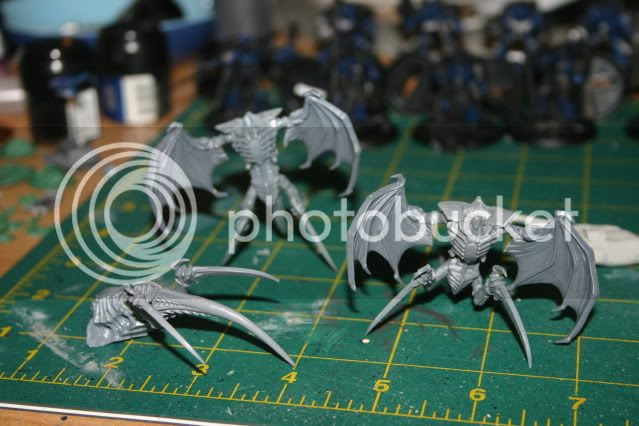