I'd like to thank all of you who comment, because it makes me all warm and fuzzy inside. Especially to Horatio, who I don't know, but yet he still manages to comment regularly.

Some real life news: I talked to my sister today, and the score I got on my SAT was only a little bit lower than her highest...which she got after three tries, so I guess thats a bit better feeling =-D

We also went to a National Cemetery today, to honor those who have fallen while in service for America. I thought I'd share a couple of pictures with you. Just so you can get a taste of the sheer awe that there is. 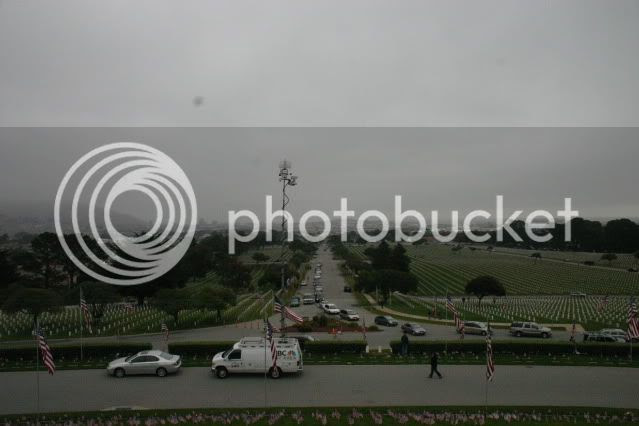 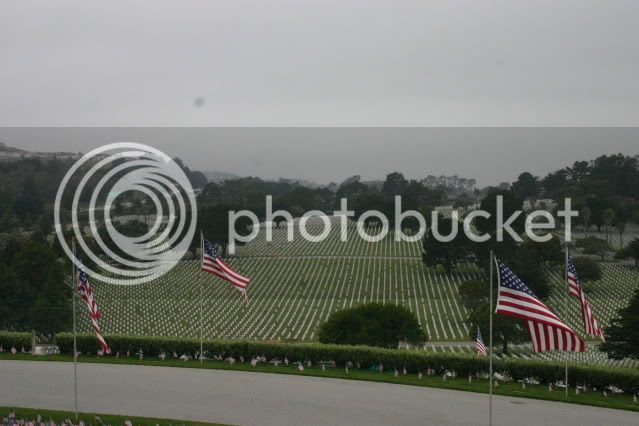 This is us in uniform. I'm standing second from the right, with the white sash. 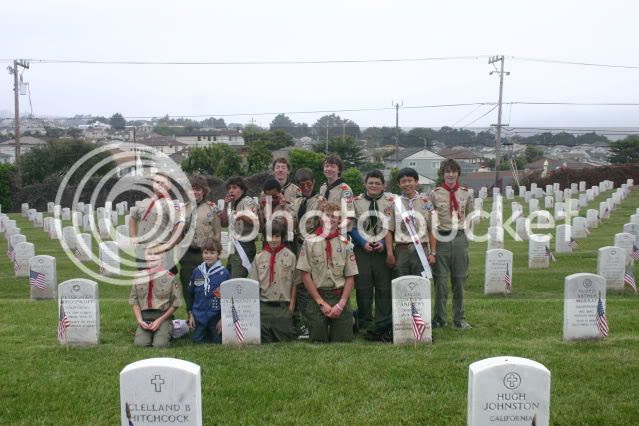 And we had to have one screw around picture... 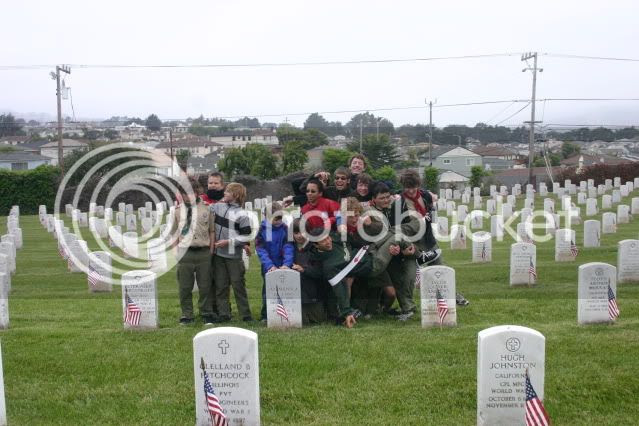 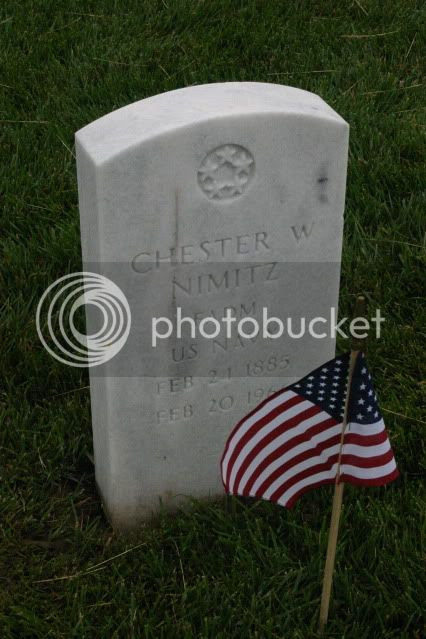 We got home around 2:00PMish (After waking up at 5AM earlier today), so I crashed until about 6, and then loafed around and sort of did some modeling.

I washed my dreadnought, and since the consensus is to have him walking down the base, so be it. Looks good either way, now that I brought the feet closer together. I glued on the engine, and thats it. 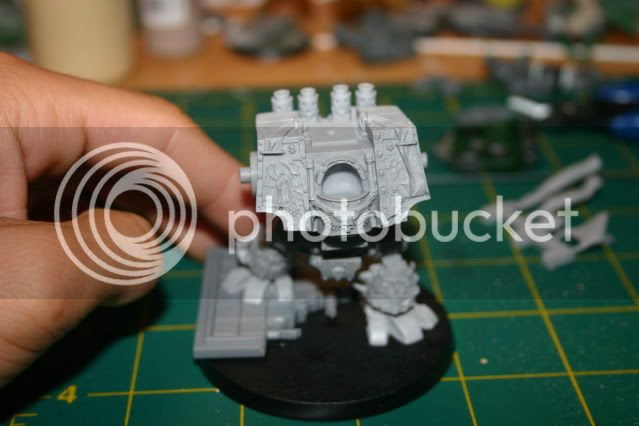 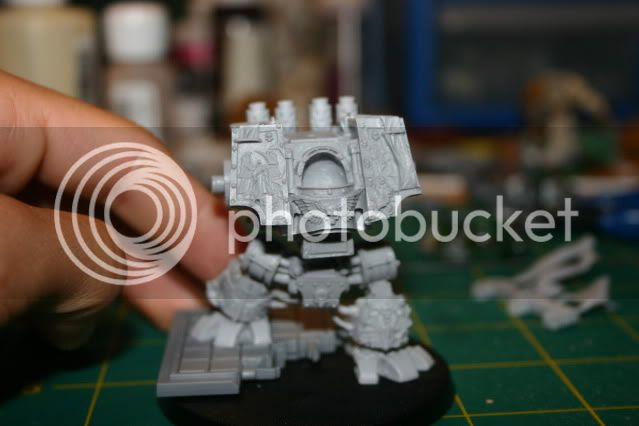 I started the pole for the buzz-saw thing for the Ork Nob. I originally planned on doing one solid pin down the shaft, but decided to do 2 pins. Realizing that that would mean double drilling, and double straightening, I just went all the way through. Just a bit of greenstuff and we can call it ace =-D 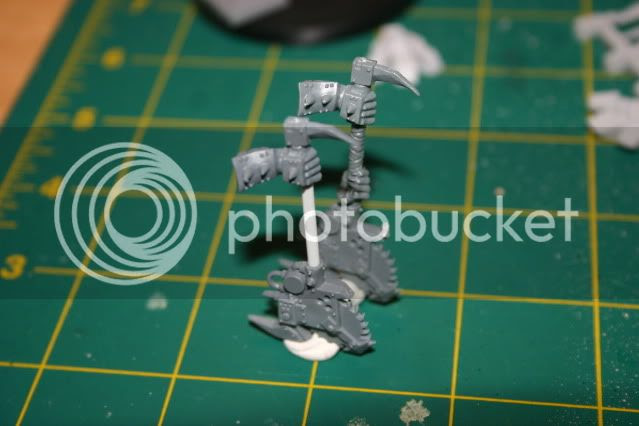 I also started on my True Scaling tutorial. It won't be a vid-tut, because that would take AGES, and this is going to be a longer project anywhoo. It'll be compiled into one large tutorial when I'm done constructing it. Heres a taste, sorta taste..its not too impressive... (If you haven't seen my first True Scale, check it out in some of the older posts) 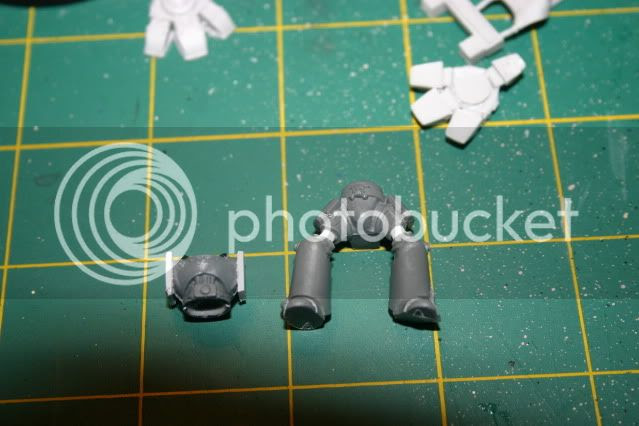 I also found that for my Deathwing, if I water down the paint more, the texture goes away, and it goes on quite smooth. So I bulk watered down my entire mix, and I'm quite happy with the opaqueness of the paint still. 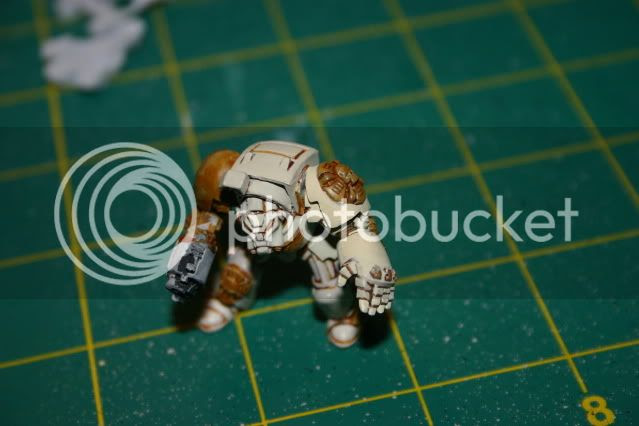 Shrink to Fit: True, the walking on is something you see quite often, so here goes. The third pose was supposed to be quite normal, just standing there. Hurrah Dark Angels.

Horatio K Decameron: Even though walking on gives commanding presence, I think that having a crushed Ork under his foot would be much more awesome, which is what I plan on doing. Inferno cannon & assault drill arm were exactly what I was thinking, but the claws just looked so cool too =-D Well...at least...there isn't much to say about two people failing exams..hmm..Nob fixed =-D

Big Jim: My sentiments exactly.
Posted by Unknown at 11:38 PM