I've started whittling down the hands on the Ork weapons..which isn't easy, I tell you. They'll be cleaned up later on when I finish removing all the excess plastic. 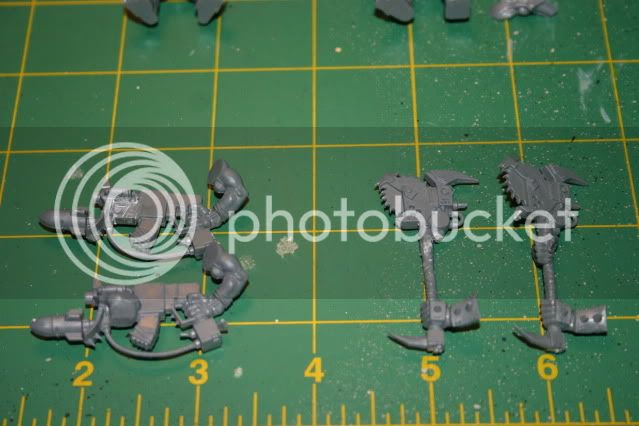 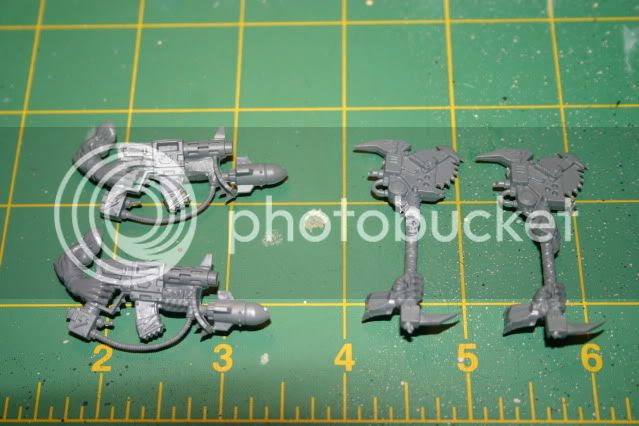 And it'll all come together at some point...The guy with the gun will be one handing..like a beast, I may want to add greenstuff to his...MUSCLES! =-D And the guy with the buzz-sword-thing will be looking like he is following through with his swing. 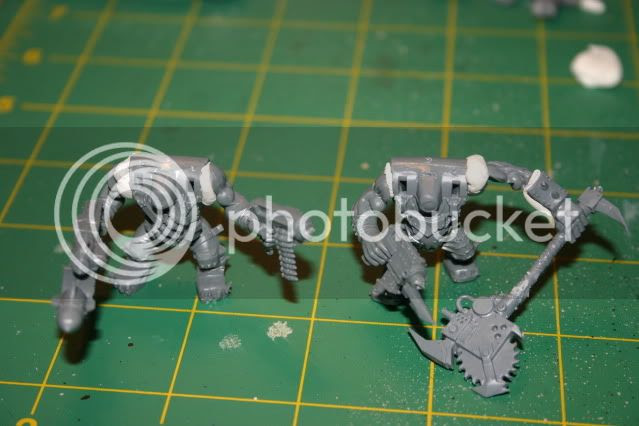 And I knew this would overshadow the Orks, but I got some Forgeworld stuff!!!! My first FW stuff. I'M SO HAPPY! =-D
I got a Dark Angels Dreadnought 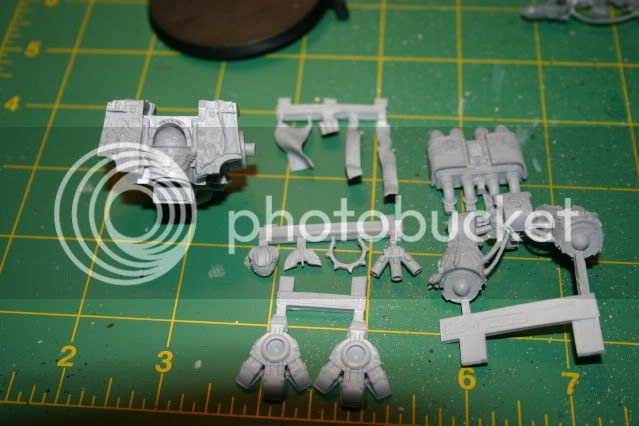 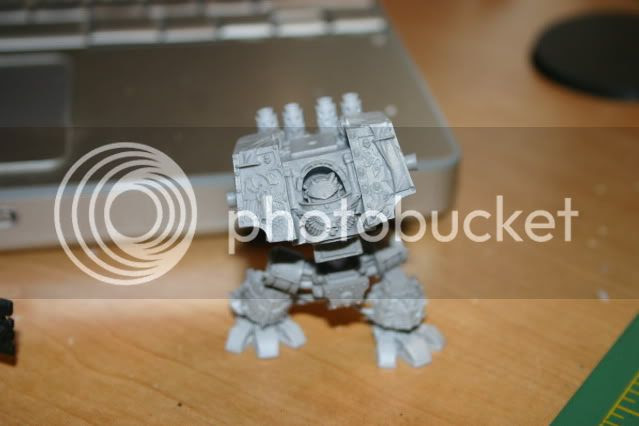 And a set of the Dark Angels Land Raider Doors. 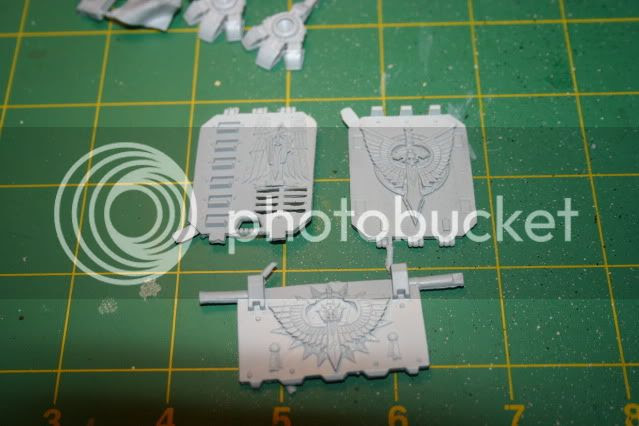 And I think that to bulk up my posts, I'm just going to answer Comments...COMMENTS! in the next post.

About Big Jim: Thanks for replying. But, all my VMC paints have a slight texture to them. I don't think its the bottle, because the few that I have (bought at different times) are all like that. I was told that VGC is a lot finer. But I think that the reason that I think its "Grainy" is because it doesn't have enough water in it, its starting to dry while I'm still using it, so I might have to retry.

Horatio K Decameron: Thank you for the Kudos. You actually don't have to comment, but it just makes me feel good =-D Thank you.
Posted by Unknown at 9:33 PM