So my problem is, I like playing with new toys =-D
So I'm working on assembly for my DA Dreadnought. I plan on gluing it all together after I paint the whole thing, but I'm working on a layout/plan so that I know what I'm doing when that time comes.

I'm working on the base, and several of the stances I've chosen are quite awkward looking, like hes either running, or falling forwards. The piece of CoD flooring is already glued, so that won't be moving.
BEFORE I POST THE REST!!! I realized that after writing half this post, if I bring the feet closer together, its not as fally-forwardish. So I'll be doing that using the walking over the tile pose.

Heres my favorite, walking over the tile, he fell down before I had the chance to take a side pic, but it looks like he's falling down anyways. 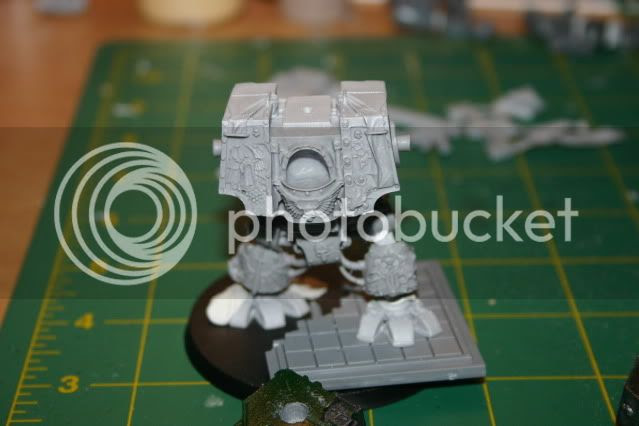 Heres the second, where hes walking off the tile.. 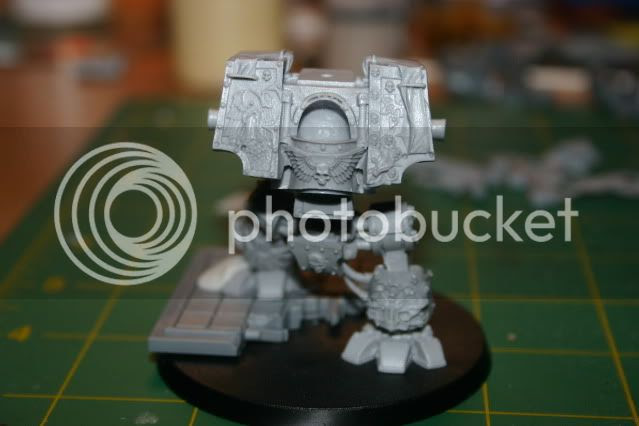 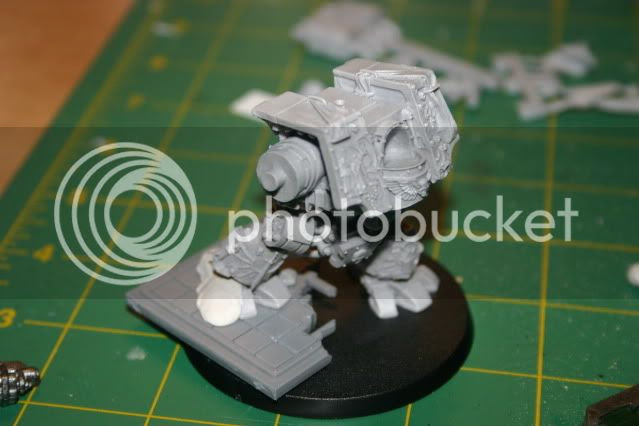 And standing on the tile, my least favorite, but since his feet were close together, it looked the most natural. 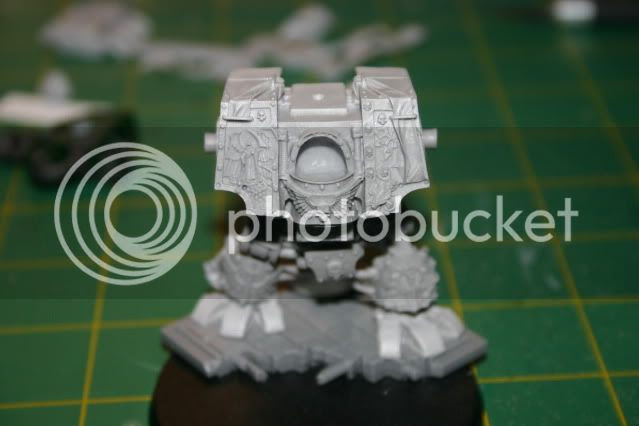 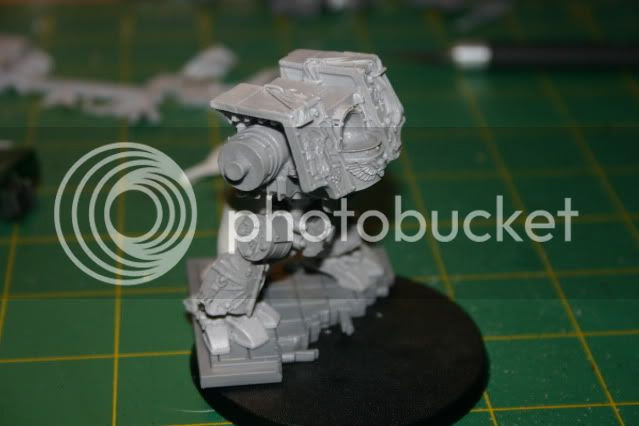 I'm also in the process of looking for "exotic" arms for him off of Forgeworld as well. I was thinking either the Inferno Cannon and Assault Drill Arm, or two Close Combat Arms. I was thinking of buying both sets, but that'll set me back another $40ish...
Choices choices...

Sadly, I won't be able to incorporate the Dark Angel Land Raider doors on the LRE (the BIG Land Raider, check out older posts for pictures of it) because they're already glued...but I'll save them for my next (4th) Land Raider >=-D

Some Real Life news....I took the SAT back in March, and I got my scores today...and sadly, I must say that I got less that 2000 (out of 2400)....way less...so I'm taking the subject tests in June, then retaking the SAT, and probably will retake it again...shucks.

Horatio K Decameron: After reading your post, I really wanted to replace the handle with a rod, but I realized that I had already pinned it..so I checked it out..and it fell apart =-( So I'll be doing exactly so. I'll still give it a long handle, as its still a two handed weapon, but hes just using it with one hand at the moment. 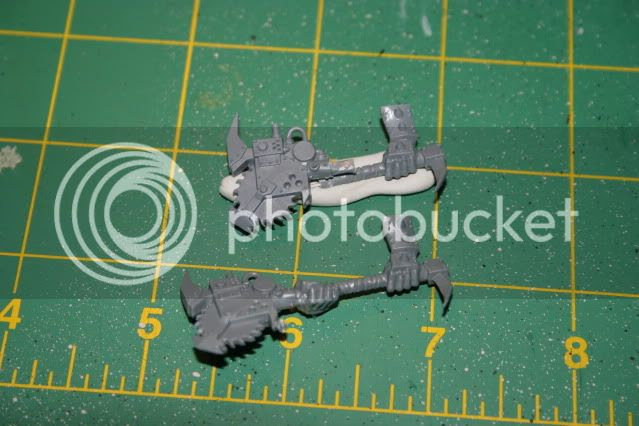