Today I went to get some Catachans for a trade, and I ended up picking up some Space Marine Veterans MkII! I opened the box, and found that I had a huge Ork arm in the box! And I thought "jackpot!". But while I was assembling, I noticed that I was missing a veteran! Noo!! So I'm going to call GW tomorrow. 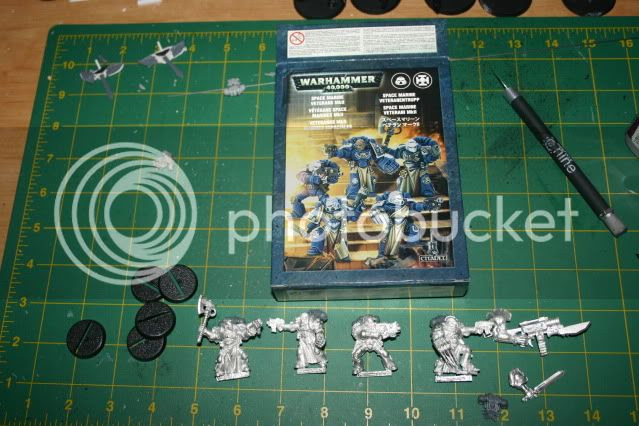 A long time ago, in a galaxy far far away...

I started an army, called the Royal Redeemers. That practically died. So I'm reliving them, but in a different name, and with different fluff.

So this time, The Sapphire Saints will be part of the 5th founding of the Ultramarines.
They're mainly a codex chapter, who prefer ranged combat to close combat. They are extreme haters of Tau and Tyranids, and several of the Veterans have once been trained by Chaplain Cassius. The veteran brothers who wear power armor all have white helmets, but the Terminators do not. The Sapphire Saints have such a large count of Tactical Dreadnought Armor (20) because when they were formed, the Ultramarines still had a 'surplus' of Terminators.

The force I'm making..very slowly, is just going to be the 1st Company. I'm already 40 (including 6 Captains and heroes) strong! The Company will comprise more of Sternguard than anything else, to fit with the theme of ranged combat. To save money, and keep things varied, I'll use 15 of the veterans (Sternguard, MkI, and MkII) and then the rest will be converted Tactical Squads. I'm in need of a few names and a chapter symbol. I'll spend the next few nights working on that.

So far, the almost-completely painted list. 5 Terminators, 1 Chaplain in Terminator armor, and 1 Captain. I need to remove the yellow, since the fluff no longer covers that. 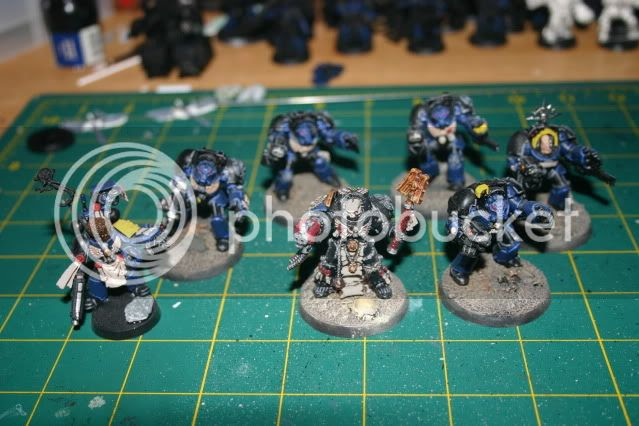 Unpainted wise, I have 10 Terminators, 5 Captains, 5 Sternguard, 4 (GW didn't put one in the box, so I need to call them) MkII vets, 5 Vanguard, 1 Tanky-Terminator, 1 scratch built Techmarine, 2 Librarians, and my true scale Chapter Master. 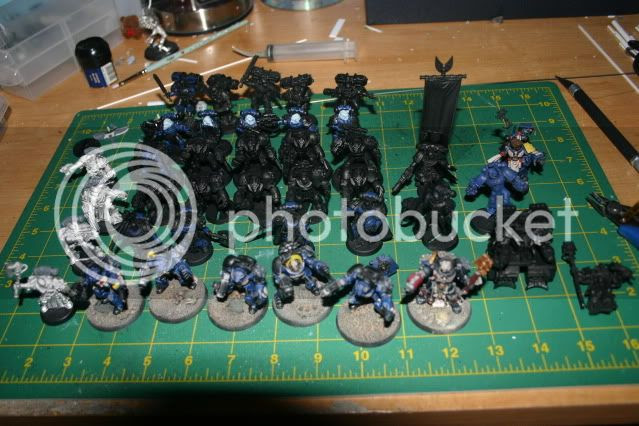 Horatio:Hey man! No problem, but I was thinking "hmm, wheres Horatio or Squirrel_Fish" =-D Gene Simmons! *sticks tong out*
I'm glad I have math right, though...I actually did spend quite a while thinking it out X-D
Heres Tanky-Terminator, he was actually done a while ago, I guess you hadn't shown up to my thread yet =-D 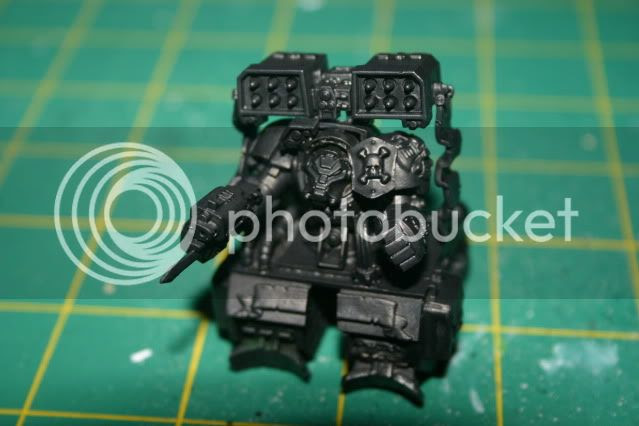 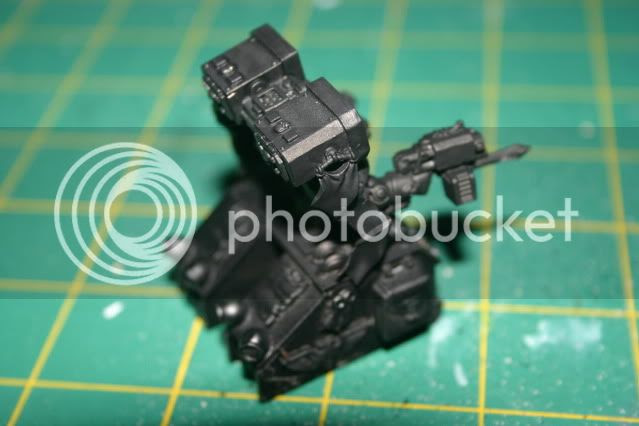 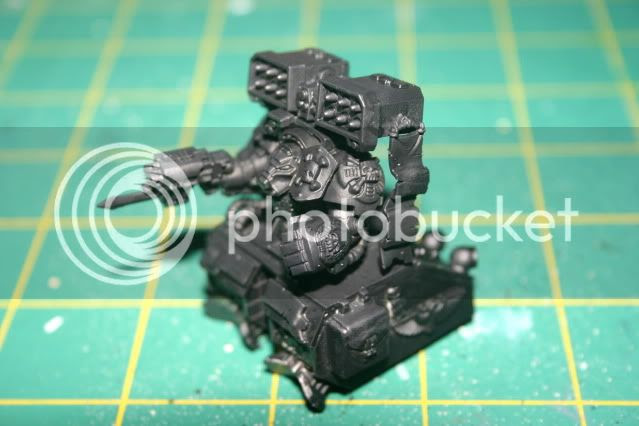