What a GREAT welcome back!! I love you guys! Let me start by saying its 3 AM, and I just finished the new Harry Potter...it was good, but the ending sucked X-P. No spoilers. I spent the entire day hanging with my friends, watching Harry Potter, and playing wit LEGOs. =-D So I didn't do any modeling.
haha! I'll spoil something now, I spent about 10 minutes trying to figure out how to color text for Blogger...Thank you Google!!

Horatio first: First: Yeah! I think that when I don't feel like 40k-ing, I'll just make tons of army lists, and it'll get me back into the mood. I think I just overwhelm myself with them, and it gets me wanting to do stuff!
Second: I know right?! Good call X-D I just hoped you'd come back and see what it was!
Third: For the Flamestorms, I kinda liked the design of one barrel longer, and one shorter. I saw it in the How to Paint Space Marines book (that should be italicized, but all my typing is italics) with the Predator on page 91 (if you want a pic, I can supply one next post). I just loved the look. I did it with my old Predator, and it turned out pretty well, so I thought I'd just share the awesomeness... I know, that theoretically, if these Flamestorms worked, one would singe the other, yadda yadda...but its 40k X-D
Fourth: When I first posted it up, I got a lot of comments along the lines of "over compensating" and the like =-D
Fifth: Yeah I know!! Its awesome! I'm surprised with myself... but if I do pursue the Nids again, I'll be needing more ideas for the rest of the brood X-D
Sixth: Dude! Awesome welcome back! The last two posts were quite..demoralizing..This one TOTALLY made up for it! Thanks!!

Squirrel_Fish: Aye, pictures will be up, when Photobucket comes back up X-( I've posted so many size comparisons on forums and stuff, everyone's annoyed! But this is MY blog... =-D
I explained the longer Flamestorm part, and it will be mounted right in front! Where the Heavy Bolters or Assault Cannons would normally go. (Provided in picture)
The roof IS so flat! I'm not done yet, but...I don't know what to do with it X-( I've had it being placed on there for months, and I have not yet found something else to put on there besides the Whirlwind Battery. (which was part of the original plan, like the Helios Land Raider)
Ha, now that you put it like that, it IS like Mario! "sorry, the princess is in another castle"
Thanks

Mitch: Thanks for the tank dude! I've posted up my Work In Progress datasheet..and I got SOOOOOOOO much flak for it. The "head admin" at Ammobunker had "heated discussions" about it...yet, he failed to read what I had put AROUND the datasheet...which explained how I didn't know WHAT TO DO!!!....Pissed me off so bad.. Then there were others there that expressed a slightly less anger to it...

Under "Venerable Presence" there are multiple options for the attributes that the models gain. I will be choosing one, but I want your input on which one. Your input now, would be helpful, but I don't really want it discussed on my blog..thank you. 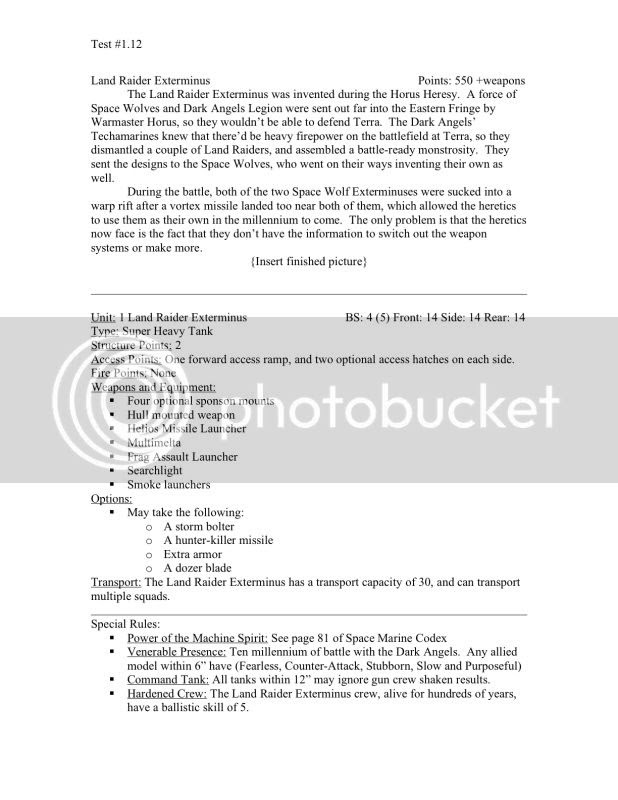 I just noticed I wrote "techamarines"...disregard that X-D

And heres the size comparisons. The LRE is bigger than the Stormlord, but slightly shorter (in height) I think. 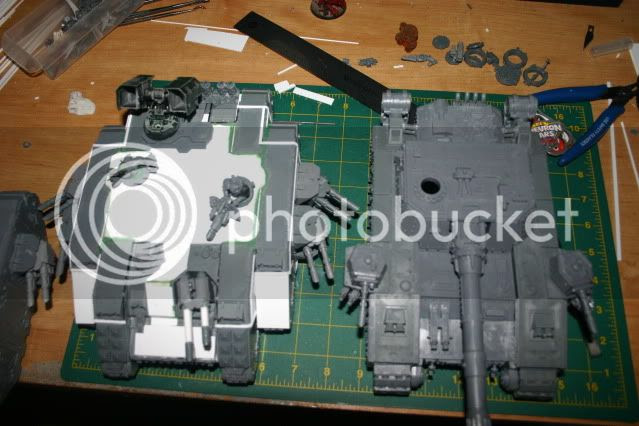 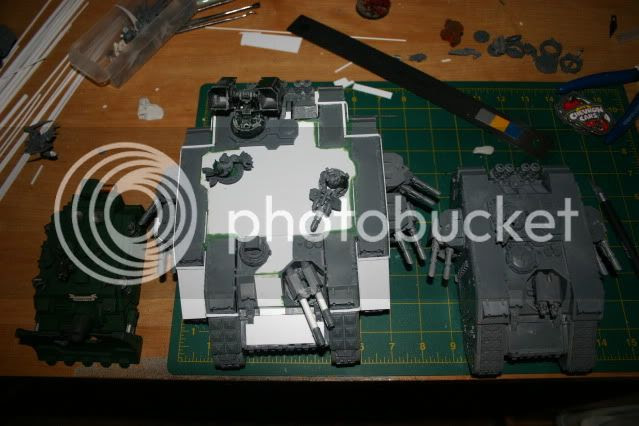 I'm putting these pictures here for my sister...
But this shirt, is my Hufflepuff shirt. And since I'm an Asian guy, my friend and I thought it'd be funny to make it have to do with Cho Chang (the only Asian in Harry Potter)... so it was either "My sister is Cho Chang" (which is what it'll be next movie, for my next shirt) or this...
Front 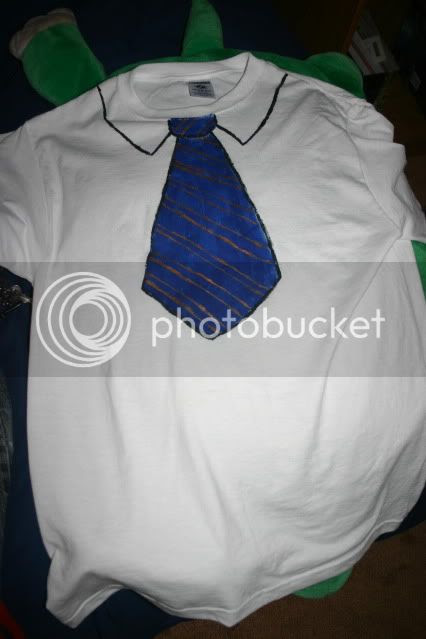 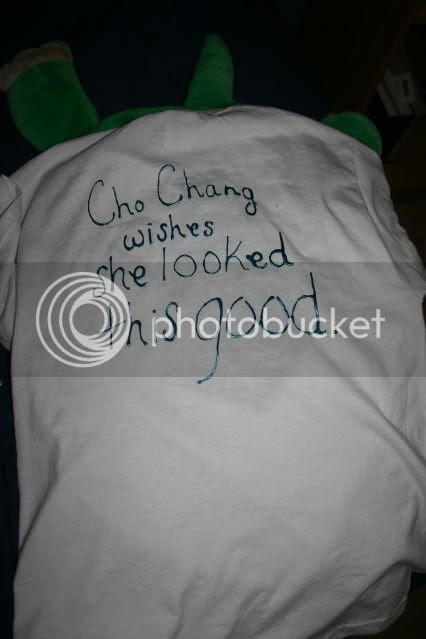 And for English Class this year, we had to rap "Changes" by Tupac. So my same friend (who was in my rap group) made us all shirts. And this is my Rapper name!
Front 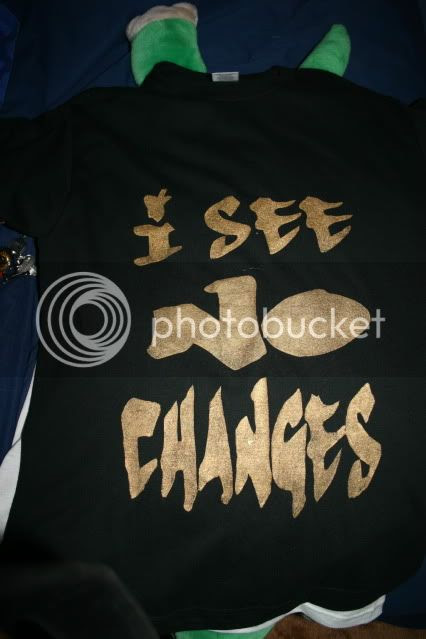 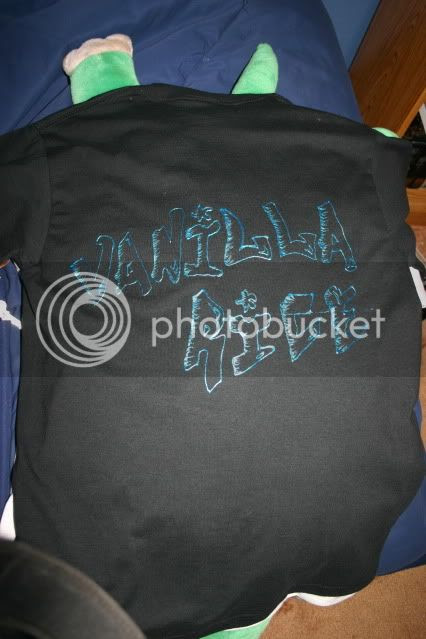