Okay, so I need this post because I need Horatios and Squirrel_Fish and anyone else who reads my blog 's ideas and opinions.

I finished Green Stuffing the Warriors' legs, but I don't think they're good enough to get another bunch of pictures. So now I need to know what the next 5 strong brood should be. They won't be flying, that'll be the 3 man, but I just can't put my finger on what it should be! Help?

I've decided to next start on my Broodlord while I wait. I wanted to have an Implant Attack put on its tong, like the Genestealer one, so I added some Green Stuff....fail. While searching for more Carnifex conversions with Google a few minutes ago, I found a cool conversion for a head that I will be using for it.

I had also started a Tyranid project a while ago, but I never took any Work in Progress pictures, so I couldn't share. The Laiuss Horror is about double the size of a Carnifex I believe. I had to widen the torso out quite a bit, and the last time I held it, it was about the size of a Dreadnought I'd have to say...and thats just the torso! I was back logging my pictures, and I found a couple that I had taken, pre-green stuff. Unfortunately, I only found 3 pictures from very early stages. =-( 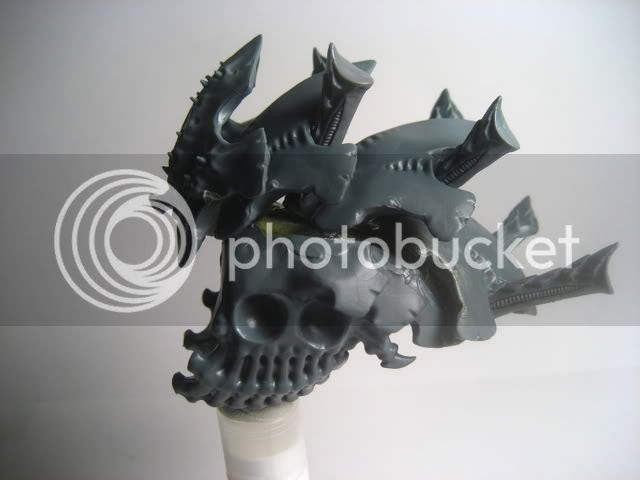 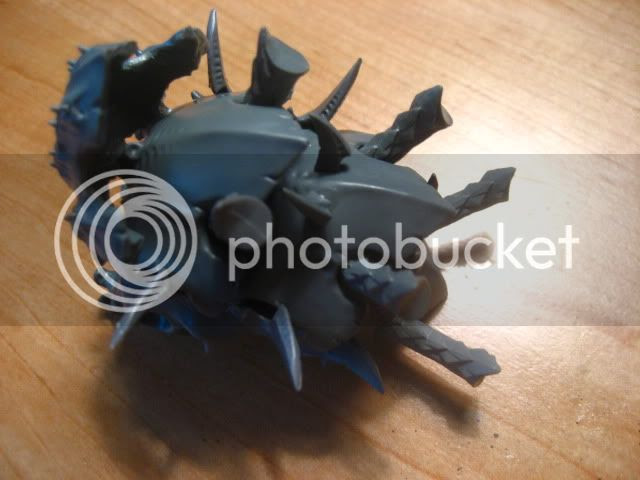 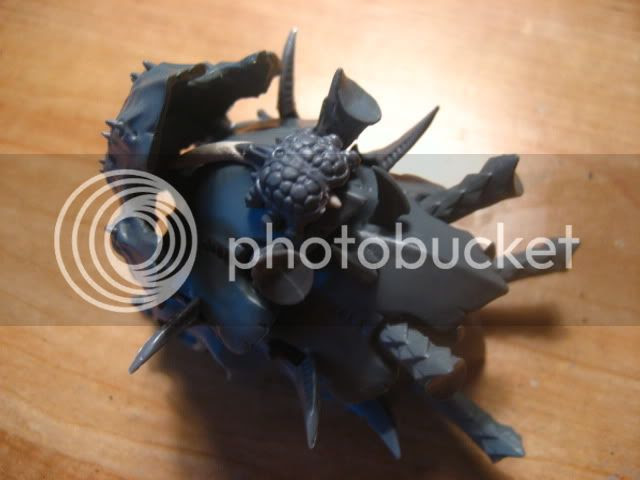 I finished the torso and head on my own, but I rrrreeaaalllyyy didn't want to do the tail, so I sent it to Matt Bonder to have him finish that for me. Its been quite a while, and I'm almost certain its done now! I'm excited. This is what the Laiuss Horror is supposed to look like. 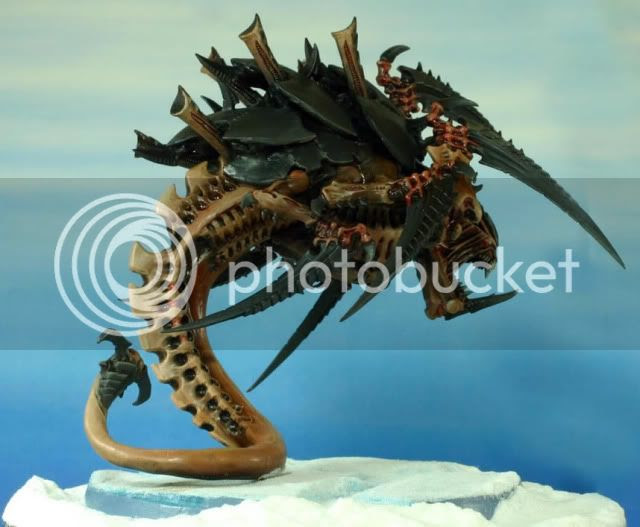