So I think I just boosted my army numbers from 35ish to 55ish!!!! YESSSSSS I found 21 crappy/stripped Dark Angels bodies in my bitz box just now!! I just need to secure around 21 heads, backpacks, and shoulder pads with arms X*-( I was planning on ordering a couple of Tactical Squads to veteranify in a few days anyways, but if I do so, then I'll be left with 20 torsos and legs...not that I'm complaining, but, I don't have many arms for them =-( Hmm..sticky situation ;-D
I was only able to paint the leg armor things on only 2 Terminators, but I did drill out all the barrels for my entire army =-D 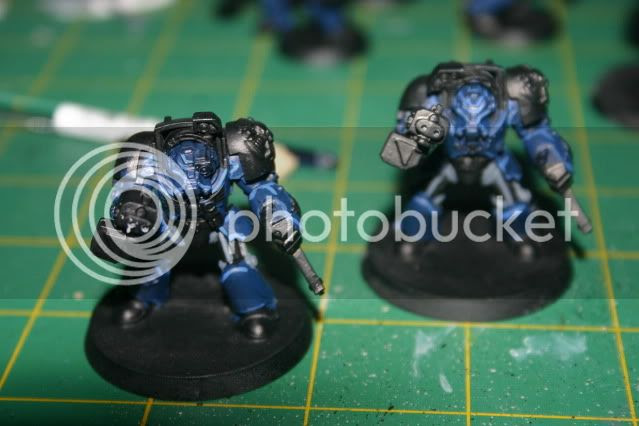 I removed all the yellow from the Terminators, and now they fit right in with the rest of the crowd =-D
I also called Games Workshop today, and I'm getting my Power Sword toting Veteran sometime next week =-P I'm still working on bolstering my forces still. 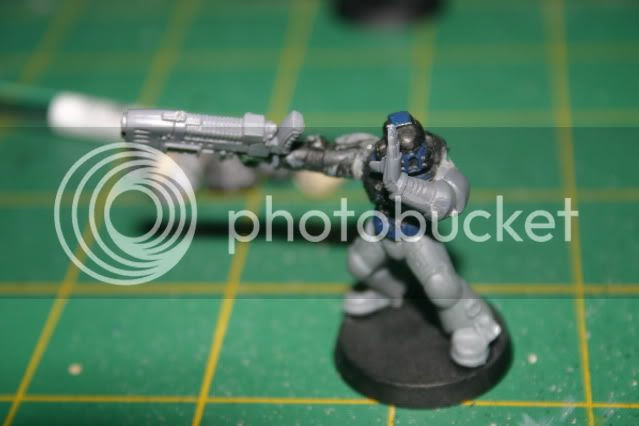 I've been looking at the Games Workshop website to see what bitz I want to order from my store, because I'm in need of 40mm bases, and since my LGS does bitz orders now, and I just got $500 from my parents on my new debit card, I thought I'd splurge a little bit =-D Victory is mine! I REALLY want some of those Thunderhammers, but my theme is still ranged...I'm so unable to make my choices. I basecoated one of the jump packing Vanguard, and I really like the blue, but as it seems now, I'll have to buy another set of them, and then Veterans Mk1...which is going to be a lot of money.... damn!
These are the Terminator shoulder pads I cast for the Royal Redeemers, bearing the chapter symbol. Its not exciting, but its the only thing I have right now. I don't have a drawing of one anymore neither. I used one of said cast shoulder pads on Tanky the Terminator =-D 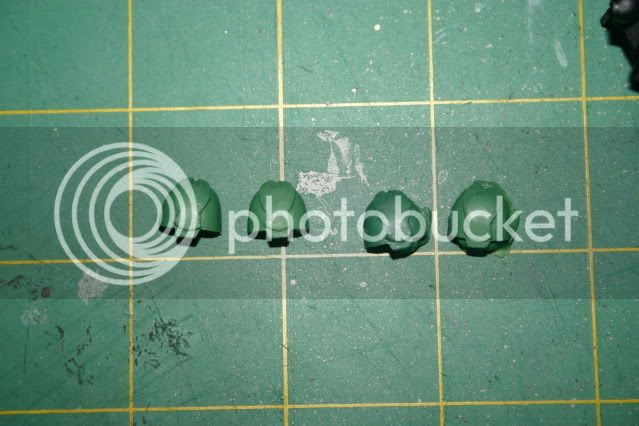 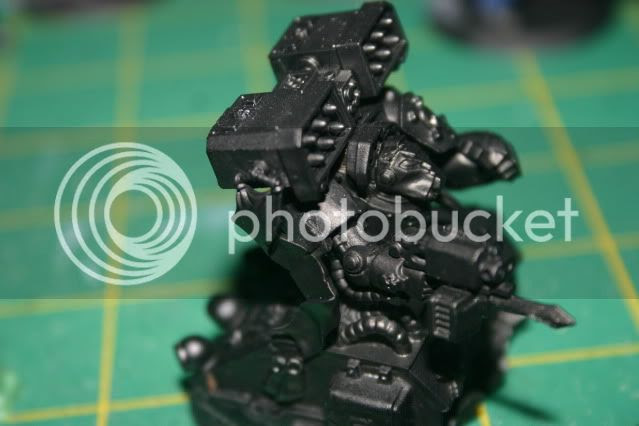 I'm having a super brain thing right now. I'm in such a 40k mood, that words cannot describe this...ness. I solved the SM Captains issue!! I will field them as a command squad! If only they came in a set of 5...but thats okay, I have an extra box of them! 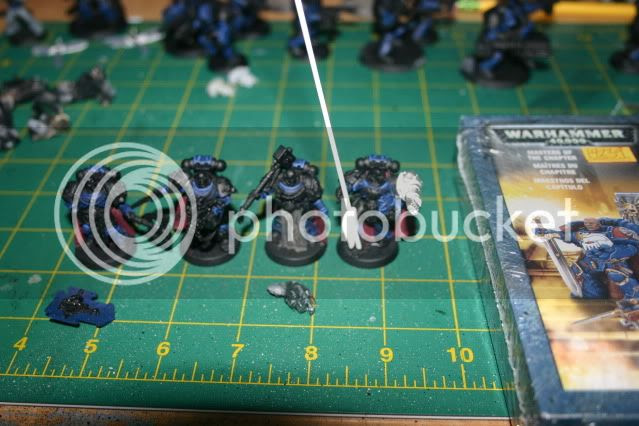 I'll be meticulously combing through my bitz box in a few minutes trying to find all the necessary pieces for those veteran bodies I found =-/
Posted by Unknown at 3:58 PM